(RNS) – Hours after the earthquake that devastated Haiti’s Tiburon Peninsula in August, faith-based aid workers were on site, comforting victims and helping lift survivors out of the rubble, then providing food and supplies. the water.

â€œThe most important thing in a disaster can be human contact,â€ said Reverend ClÃ©ment Joseph, head of the state-founded Haitian Churches Social Mission and Secretary General of Religions for Peace-Haiti.

â€œHelping people realize that they are not alone, that help is on the way, it increases their confidence and their willingness to fight,â€ Joseph said.

Joseph, who spoke Wednesday, October 6 at the international conference of Religions for Peace in Lindau, Germany, considers that religion plays a key role in facing Haiti’s many challenges.

â€œOur faith has taught us to never give up. It gives us the strength to persevere, â€he said. â€œWe know we need peace to develop as a country, and religious leaders can help build peace. “

Reverend Clement Joseph speaks at the Religions for Peace conference of the World Council of Religious Leaders on Faith and Diplomacy on October 6, 2021, in Lindau, Germany. Photo courtesy of Religions pour la Paix

The past few months have been catastrophic for Haiti. The August 14 earthquake killed more than 2,200 people, followed by Tropical Depression Grace two days later. The country’s political sector has been in disarray since President Jovenel MoÃ¯se was assassinated at his home in July. The upheaval has worsened the effect of the pandemic, which officially killed 22,000 people, but surely more in a country where a small percentage of the population has access to medical care.

When the pandemic struck, Haiti had not fully recovered from a cholera epidemic that began after a major earthquake in 2010 and major hurricanes in 2010 (Hurricane Thomas) and 2016 (Matthieu).

Despite billions in aid over the past generation – the 2010 earthquake alone resulted in $ 13 billion in aid, mostly from the United States and Canada – the country remains the poorest in the Americas. In its 2020 survey, the World Bank ranked Haiti 170th out of 189 countries in its human development index.

Religious groups across the country are trying to make aid more effective. In his remarks to Lindau, Joseph said the Social Mission of Haitian Churches has trained some 12,000 young people over the past 15 years and sponsored initiatives to distribute aid through women – who studies show are less likely to spend resources poorly.

But as important as material aid from spiritual institutions has been, Joseph said, religion also helps empower locals to avoid despair and survive what appears to be wave after wave of tragedy.

â€œDespite everything, Haiti still has its faith,â€ he said. â€œWe are a very religious country. 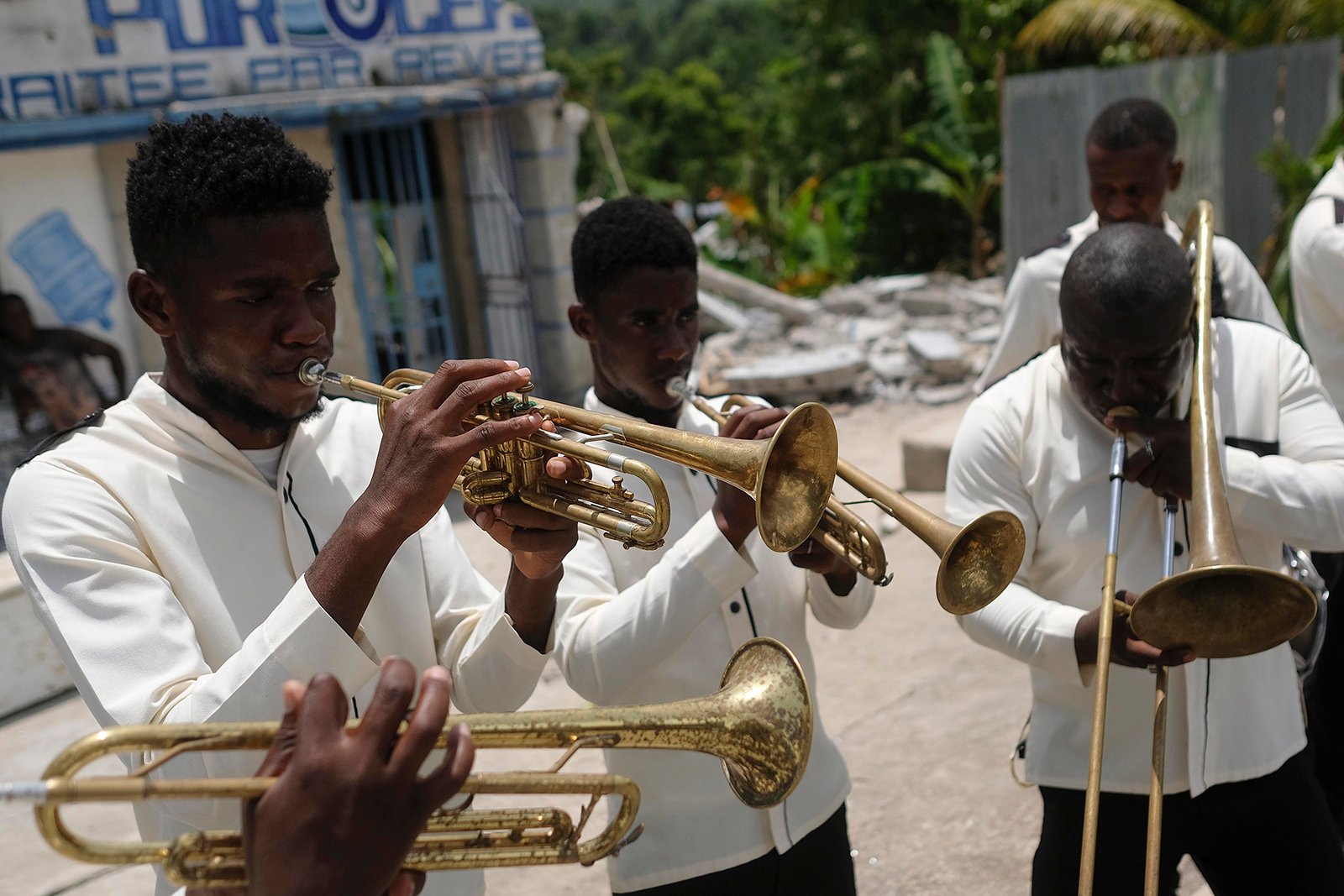 A group performs at the funeral of Baptist church pastor Andre Tessono, who was killed in the 7.2 magnitude earthquake that struck the region, in the Picot neighborhood of Les Cayes, Haiti on August 22 2021. (AP Photo / Matias Delacroix)

Not only religious, but also religiously diverse. Joseph said the country has thriving communities of Protestants and Catholics, as well as practitioners of the Baha’i faith and indigenous voodoo traditions. Together, he said, there was one religious leader for about 700 people in Haiti. According to polls, 85% of Haitians consider religion “very important” in their day-to-day life, among the highest levels for a secular state.

Recognizing the importance of religion in keeping the country united when all other systems seemed to fail, Religions for Peace worked to solidify the faith of Haitians. Following MoÃ¯se’s assassination, Religions for Peace-Haiti issued an open letter to the people of Haiti which stated that the organization wanted to “invoke the soul of this great nation for resilience, tolerance, dialogue, peace and reconciliation at a time of crisis. “

The signatories of the letter – Catholic Bishop Pierre-AndrÃ© Dumas, Episcopal Bishop Oge Beauvoir, Supreme Head of Haitian Voodoo Manbo Euvonie Auguste Georges and Joseph – said they were “proud to be citizens of this country. , sharing our aspiration for freedom, respect for human dignity and dedication to the fundamental values â€‹â€‹and principles on which our nation was built.