On Monday morning, the Knesset returned from its fall recess to one of the busiest and most important winter sessions in memory.

The first state budget bill in more than three years is at stake and with it the fate of the new Bennett-Lapid government, a government hanging by a thread, dependent on the most parliamentary majority. narrow possible of 61 reliable votes out of the 120 Knesset squares.

Passing the budget should be next to impossible for such a close coalition. Every debate must be tense, every vote a bitter one.

But like most things surrounding this strange new government, things are moving forward with surprising speed and efficiency. Many committees met during the recess period to prepare sections of the budget bill for a plenary vote, and almost invariably these meetings were calm, efficient and decisive.

And all thanks to Likud and the right-wing opposition, which are almost completely absent from the action.

It’s not just that Likud and other right-wing MPs don’t show up at committee meetings, although almost none did. It’s also that an ongoing battle for committee seats has meant that opposition parties have refused to name their missions in committee – and under Knesset rules have therefore lost their right to vote in committee.

Likud, Shas, Unified Torah Judaism and Religious Zionism, of their own choosing, have lost all power to influence the content of the budget. They only retain the right to vote for or against in plenary on the final finance bill.

This is completely unprecedented and a telltale sign of the new political normal: for the first time in the 73-year history of the Knesset, opposition lawmakers are not allowed to vote on Knesset bills. finances in committee and are rarely willing to come forward to discuss it. (A close examination of the protocols of the main Knesset committees last month by the Shakuf website reveals that none of the first Likud members, the top ten MPs on its Knesset list, attended a single meeting of the Knesset. commission during the first four months of the coalition existence.)

As a result, Likud, Shas, Unified Torah Judaism and Religious Zionism, of their own choosing, have lost all power to influence the content of the budget. They only retain the right to vote for or against in plenary assembly on the final finance bill.

After taking the oath on June 13, the new government immediately began to clash with the new opposition, which hailed the new coalition by declaring it “illegitimate”, “fraudulent” and “a government of lies”.

Coalition leaders, especially Coalition Chairperson MP Idit Silman and Housing Minister Ze’ev Elkin, understood from the start that the coalition’s biggest obstacle would be passing the budget bill. by November.

In a mid-July vote in the Knesset Arrangements Committee chaired by Silman, the coalition split the seats on key Knesset committees to give itself huge majorities, including a majority of three seats in the House Critical Committee of the Knesset and a two-seat majority. in the finance, law and welfare committees.

By sidelining the opposition so dramatically, Likud’s Yariv Levin ranted, the coalition “distorted the fundamental principle of democracy.”

Likud threatened to file a petition against the ruling with the High Court of Justice by July 20. There is an irony in the threat; Likud has long argued that the High Court lacks the power to interfere with internal Knesset procedures and processes. Indeed, when a petition against the committee’s missions was finally submitted on July 28, the party decided not to support it as a faction. Likud MPs David Bitan, Miri Regev, Kati Sheetrit and Patin Mula and Shas MPs Moshe Arbel and Michael Malchieli individually signed the petition.

The legal matter is irrelevant in this political story. Suffice it to say that both parties have reason to believe that they are right.

Likud is right to complain that the paltry committee placements initially offered to the opposition in mid-July were the most lopsided in Knesset history, and would prevent the opposition from fulfilling its role of watchdog and criticism government work – “a cornerstone of democracy,” in the words of Likud MPs lawyer Ilan Bombach before the High Court.

The Likud case has been picked up in recent weeks even by liberal-leaning advocacy groups such as the Israel Democracy Institute, which to varying degrees share the opposition’s concern over the sidelining. anti-democratic parliamentary opposition.

But the coalition is also right when it points out that Likud is deliberately trying to provoke a crisis in an attempt to declare the budget process illegitimate and force new elections by preventing its passage. Likud refused to negotiate the missions of the committees and even refused to recognize the new fairer offers from the coalition.

In a High Court hearing on August 9, judges criticized the Likud lawmakers’ petition against the initial mid-July offer, noting that the coalition had proposed a much fairer division on July 23 that included a reduction in the coalition majority on most committees. . Likud’s request has been filed five days later this offer amended without mentioning it, the judges noted. The implication was clear: the petition was not written for the court, but for the public campaign. 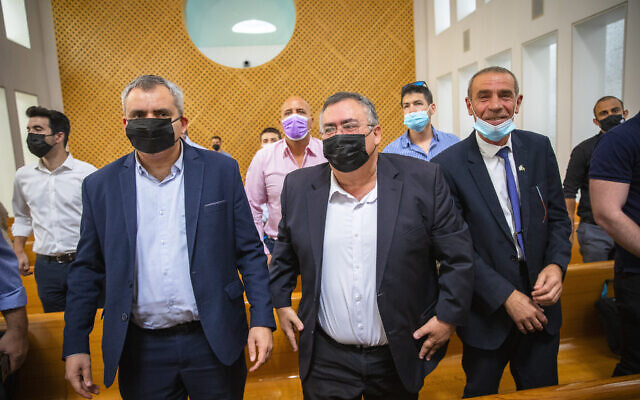 Likud MPs David Bitan, center, and Fateen Mulla, right, meet with Housing Minister Ze’ev Elkin, left, during a hearing before the High Court of Justice on August 9, 2021 regarding the commissions’ missions in the Knesset. (Olivier Fitoussi / Flash90)

There is a greater irony here. Many of the measures taken by the coalition to reduce the influence of the opposition in the current Knesset were initiated by Likud. For example, Likud complains that the coalition is keeping the chairmanship of the economy committee to itself, a sharp departure from past practice that saw the commission responsible for overseeing the government’s main economic regulatory agencies handed over to it. ‘opposition. But that’s not quite a precedent: The economics committee has already been denied to the opposition by last year’s hapless Netanyahu-Gantz coalition.

It is a recurring theme of this government, the way in which Likud’s habit over the past few years of carelessly rewriting and restructuring fundamental constitutional and procedural rules to meet the political needs of the day has been constantly booming. Likud MPs lost voting rights in committee on September 11 due to Knesset statute stipulation written by Likud which deprives a faction of its right to vote on the committee if it does not appoint members to the committee within 90 days of forming the coalition. This stipulation was drafted by Yariv Levin a few years ago in an attempt to prevent opposition parties from doing precisely what Likud is doing now. 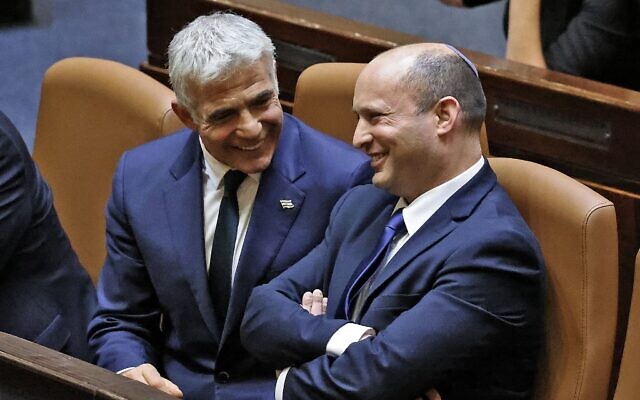 And, of course, it was Benjamin Netanyahu himself who, in May 2020, added to Israel’s Constitutional Basic Laws the new structure of “parity government,” the very mechanism that, 13 months later, enabled the Prime Minister Naftali Bennett and Deputy Prime Minister Yair Lapid to team up. until ousted.

Indeed, the very fact that the unprecedented Likud refused to pass a budget bill for two long years has left many coalition MPs unresponsive to the party’s cries of outrage at the new aggressive efforts. coalition to pass the new budget bill. There is a fierce determination within the coalition not to allow Likud to cut the budget for another year. 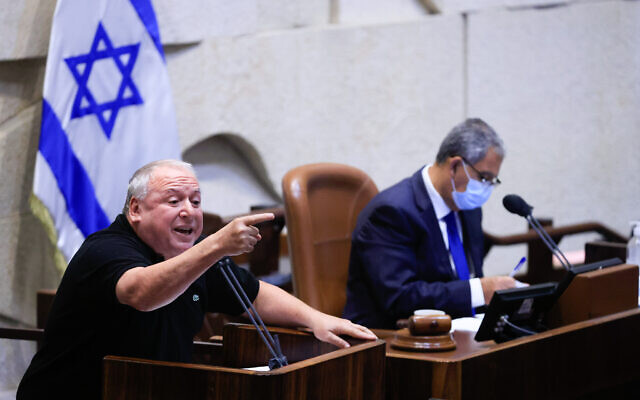 The result here is simple. No side is more despicable than the other. Both are responsible for breaking with long-standing traditions that ensured parliamentary fairness; Likud has set key precedents in recent years, but the new coalition, building on those precedents, has taken this new form of slaughter and burn policy to a new level.

Neither side can back down until the budget is passed on or before November 14. Boycotting Likud and its allies from the legislative process in an attempt to portray the new budget as undemocratic and illegitimate actually makes its passage more likely.

But what happens after the budget battle? After successfully delivering new funding and policy reforms to their constituents, will the coalition’s disparate eight factions begin to crumble? Or will the coalition, having already survived much longer than most observers expected, once again prove its courage and persevere?

One sure prediction: this new brand of unrestricted politics is here to stay.

Or as Likud’s David Amsalem told the Knesset Arrangements Committee in July: “You will pay for it. When the day comes, you won’t believe what we’re going to do to you.